After two wins on the bounce, Wolves return to Molinuex looking to heap the misery on rivals Birmingham as they begin life under new manager Gary Rowett. Saturday’s match at Molinuex could see Wolves top the table if they can condemn new boss Rowett to his first defeat as Blues boss.

Wolves boss Kenny Jackett gave his backing to Gary Rowett earlier in the week, but will now have his intentions solely on seeing his Wolves side make it three wins out of three. Even with the favourites tag slapped on them for this game, Jackett will know that any derby is a tough game and should not be overlooked. He will be encouraged by the comeback win against Leeds last week after Leon Clarke’s late winner sent Wolves level on points with leaders Derby. The 1-2 win stretched Wolves’ unbeaten run to four games which has included back to back wins. Wolves and Kenny Jackett will also be encouraged by the fact that they have the best home record in the league, only dropping five points at Molinuex all season.This has made Wolves a tough side to beat at home this season and they will be looking to continue their rise back up the leagues by beating Blues on Saturday.

As for team news, striker Leon Clarke could of earned himself a starting place after scoring the winner last weekend. Top scorer Bakary Sako is expected to start after winning his race to be fit following a groin injury which kept him out of the win against Leeds.

Visitors Birmingham City begin life under Gary Rowett with a trip to Molinuex on Saturday lunchtime on the back of club record 0-8 loss to Bournemouth. Rowett is the new man in the hot seat at St Andrews after the club dismissed Lee Clark having left them 21st in the Championship. Life after Lee Clark did not exactly go to plan however, an 0-8 drubbing by Bournemouth surely sent out a message that Clark was doing all he could on a strict budget. Ultimately it was Blues’ home form that was Clark’s undoing as the defeat on Saturday meant it was only one win in 25 matches at St Andrews. So starting his new role as Blues boss away from St Andrews could help Gary Rowett as Blues’ away form has got them six of their 11 points this season. None the less the former Burton Albion boss has a huge task on his hands to prevent the club from slipping into League one.

Gary Rowett made his first signing for Blues on Friday, defender Michael Morrison has joined on a two month loan from Charlton and will be available for Saturday’s match. Midfielder Demarai Gray (ankle) is still struggling and David Edgar is suspended.

The game also sees David Davis return to Molinuex after leaving Wolves in the summer in search of regular first team football. 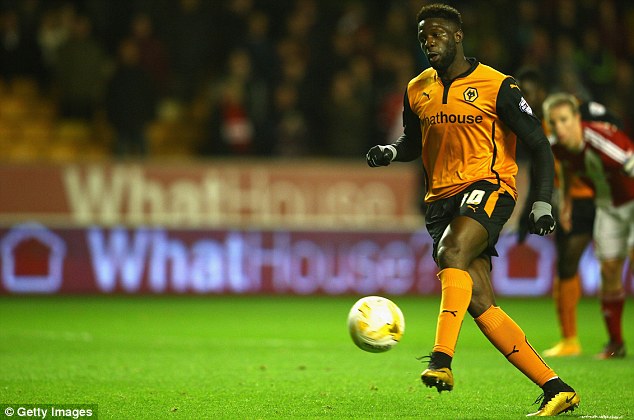 Returning from a groin strain, Wolves’ top scorer will be looking to pile the misery onto rivals Blues with another majestic display in front of the home croud. The former Blackpool striker has three goals to his name and is Blues joint top scorer, and his team will be relying on him to lead the line and create chances on Saturday.

@OfficialWolves and @TimNash_star will provide live updates on the match.

The match will be live on Sky Sports 1 with coverage starting at 12pm.