It’s tempting to copy and paste much of my last blog for this review of yesterday’s goings on. Apologies for the tone in advance – my ‘edgy contributions’ herewith will not be of a positive nature.

It was a good result in midweek. Any victory away from home in Europe is commendable, especially with the backdrop of a rather well-populated ‘behind-closed-doors’ fixture, with minimal away support. But peeling back the curtain, you can see that all is not well at Wolves at the moment and yesterday’s performance was further evidence of this.

The main talking point pre-match was of course, the horrific injury suffered by Willy Boly. He is well and truly a colossus and you’d suggest bigger teams than Wolves would miss him in his absence. His unflappable manner exudes calm over entire stadiums, let alone his teammates and there were a few more worry lines on Wulfrunian foreheads come Sunday morning.

I intimated that despite the fact he is by far and away our best individual defensively, our natural compactness, discipline and tactical set up shouldn’t really concern us too much, against a team who had scored just 5 goals in 10 games to this point. It’s a pitiful total and worse defences than ours have seen Newcastle off with a minimum of fuss.

Team selections were pondered and thrown about social media like confetti, but there seemed to be a general consensus: Patricio; Dendoncker, Coady, Saiss; Doherty, Neves, Moutinho, Jonny; Traore, Jimenez, Jota. It offered solidity, quality and the opportunity to get on to the front foot against a fragile side, with a below par manager and besides, Nuno had altered his shape to a 3-4-3 at the halfway stage of the last two games, with positive results. None of this really matters though, because if one thing is for certain, Nuno does not pander to popula….oh wait hang on a second?! He’s only gone and done it?! Nuno had actually selected the XI, we all wanted to see and we all rejoiced in view of it. Hallelujah. whatever that means.

Optimism was abound at the thought of us actually starting a game with intent and purpose. But a tweet from our new Express and Star Wolves correspondent Rosie Swarbrick set the cat amongst the pigeons. Way to endear yourself to the group Rosie…

It transpired that Matt Doherty, rather than Leander Dendoncker had lined up in a back three in the warm up. On an individual basis, there’s method in the madness. Doherty is stout, athletic, good in the air and as accustomed to Nuno’s Wolves Way as anyone at the club. What it meant for the rest of the line up though, was the same turgid, tentative set up that had struggled to offer anything going forward against Southampton and Slovan Bratislava for the first 45 minutes. They say the definition of insanity is doing the same thing over and over again and expecting different results. Nuno has now gone into the the last three fixtures in a 3-5-2 (albeit with different personnel) and we have gone behind in each of those games.

The infuriating thing about each of those games though, has been the corrective action that Nuno has taken, which has yielded positive results. Each time he has either made a substitution, or tactical alteration as was the case here, and after switching to a 3-4-3, Wolves have looked a much more dangerous proposition. It stands to reason that this would also be the case from minute one of a game as opposed to minute 46.

The extra frustration is the fact we’re approaching Newcastle as if we’re there to sit in and hit them on the counter-attack. This was never going to be the case against a team with such a poor goal tally and while we started OK, we allowed them to settle into the game, giving them the opportunity to build confidence and ultimately chances. We have to be more assertive against these teams. There is a wider point here on our progression as a football club. which we need to find some kind of answer to.

The outward ambition is clear – Wolves are aiming for the elite. We’re a clear step along the road, with European competition in situ and a rather stellar cast of players at our disposal. But we need to harness the correct attitude and assume control of games. It’s no good deservedly beating Man City if we’re going to eke out draws against Southampton and Newcastle. This is the very definition of papering over cracks, cracks that were visible last season, and suggest that the team hasn’t really moved forward over the summer.

I’m getting quite fed up of listening to people whinge and moan about a schedule which is akin to that of the Championship – a league we were in not so long ago, another trope that people want to continually dish out to those making dissenting comments. If we want to be elite we need to get over the fact we were in the Championship two seasons ago – this is not a Championship club any more, but we seem to be playing like one for 45 minutes per week. 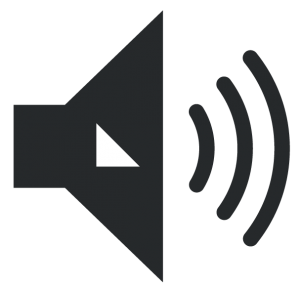